Chris Bailey Elected as President of the Electronics Packaging Society 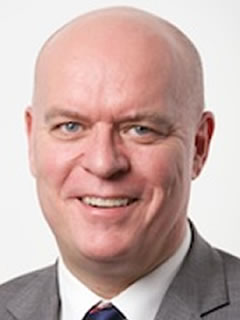 IEEE UK and Ireland Fellow Chris Bailey has been elected to serve as the President of the Electronics Packaging Society for 2020-21.

Chris is Professor of Computational Mechanics and Reliability at the University of Greenwich, London. Chris received is PhD in Computational Modelling from Thames Polytechnic in 1988, and an MBA in Technology Management from the Open University in 1996. Before joining Greenwich in 1991, Chris worked for three years at Carnegie Mellon University (USA) as a research fellow in materials engineering.

Since 2010 Chris has served as a member of the EPS Board of Governors and as VP-Conferences from 2014–2018. During his first term on the BoG, he also took on the role of Strategic Director for Student Programs with the aim of supporting students involved in EPS activities worldwide. Particular achievements include arranging financial support for student attendees at the International Spring Seminar on Electronics Technology (ISSE) as well as promoting student membership at events such as ECTC, EPTC and ESTC.

As VP-Conferences he has expanded the resource materials for organisers, including a handbook and reference timeline. As Chair of the EPS Conferences Functional Team, he has brought forward several initiatives to the Board, including expanding the EPS flagship conference in Region 10 (EPTC) and possible conference exhibitor packages.

Other EPS activities that Chris has been involved with include membership of technical committees for EPTC (Singapore), Eurosime (Europe), ISSE (Europe) and ICEP/HDP (China) where he is a regular attendee and presenter. He has also worked closely with others in Europe to help promote closer co-operation between EPS and IMAPS for the benefit of the whole community.

Since his research has resulted in over 250 publications. He is currently an Associate Editor for the EPS Transactions and has been a guest editor on the journal of Soldering and Surface Mount Technology. He is also a committee member of the Innovative Electronics Manufacturing Research Centre (IeMRC) in the UK
and has participated in a number of UK Government sponsored overseas missions to promote collaboration and review electronic packaging technologies. Recently he became a member of the working group writing a new IEEE standard for Prognostics and Health Management for Electronic Systems.

As President Chris will support and augment the developing EPS Strategic Plan for 2018–2023.