Welcome to the IEEE UK and Ireland Nanotechnology Council Chapter.

The UK and Ireland Nanotechnology Chapter is a sub-chapter of the IEEE Nanotechnology Council (NTC), which is a multi-disciplinary group whose purpose is to advance and coordinate work in the field of Nanotechnology carried out throughout the IEEE in scientific, literary and educational areas. The Council supports the theory, design, and development of nanotechnology and its scientific, engineering, and industrial applications.

The UK and Ireland are home to numerous world-renowned academic research institutions active in nanotechnology, as well as market-leading nanotechnology companies. The region is one of the top regions for the development of this technology. Currently, the UK is spending around 1.67% of GDP on research and design into nanotechnology, and over 101 companies are operating in the UK nanotechnology market.

The country has 4,252 nanotechnology researchers per million people, placing them 12th in the world. At the same time, 13.56 is the average number of times nano-articles from UK teams published within the past five years have been cited in the Journal Citation Reports, placing them 7th in the world [Nanotechnology in the United Kingdom Market Report, AZONANO, 2020].

We promote and co-operate in the educational and technical activities relevant to Nanotechnology across the UK and Ireland. 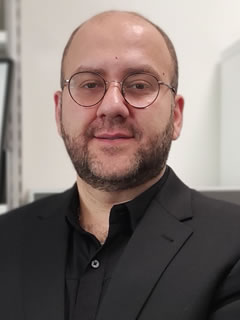 IEEE UK and Ireland Section is pleased to announce the formation of IEEE nanotechnology chapter. The chapter is developing an exciting events programme and is keen to build its membership. All interested members are to get in touch.

Read More
IEEE websites place cookies on your device to give you the best user experience. By using our websites, you agree to the placement of these cookies. To learn more, read our Privacy Policy. Accept and close
Go to Top