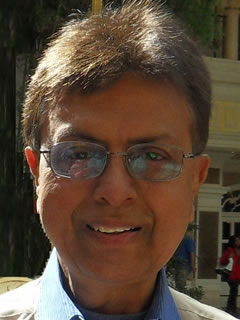 As a physicist, Fellow of the Institute of Physics, moving to take responsibility for innovative engineering developments, Nihal Sinnadurai joined IEEE. He was later elevated to Fellow. He said the IEEE provided the essential global contacts and networking he sought. When he saw that IEEE needed to up its game to serve its industry members, he chose to volunteer.

As an accomplished professional, Nihal set out to inject his professionalism into serving the members. He re-scoped the website – an important public window of the Section – which was rebuilt, twice. The Section now has a modern fresh website that has been designed and managed by our new professional webmaster. Nihal also instituted a range of professional industry contributions by senior experienced professionals.

As Section Chair, Nihal interacted monthly and individually with the Chapter Chairs and the officers. The Section became an interdependent team of Chapters and Officers. Budgets were used productively. The team organised the Section’s 50 year celebrations at which IEEE leaders and prestigious Keynotes presented at events in London (Telefonica Chief Technologist), Edinburgh (leading guru on the Turing Test) and Shannon (NIST expert on secure mobile comms). Some founding members participated and enjoyed the social events too. Additionally, 437 technical events were delivered to members. Events and news were posted on the website. Members were happy.

His passion to do good professionally and socially and his achievements in delivering, led to the prestigious recognition by IEEE Region 8 in 2016.