IEEE Grade of Fellow is conferred by the Board of Directors upon a person with an extraordinary record of accomplishments in any of IEEE fields of interest. The total number selected in any one year does not exceed one-tenth of one percent of the total voting Institute membership.

Here some of the successful candidates for elevation to Fellow in 2018 talk about their achievements and what Fellow status means to them. 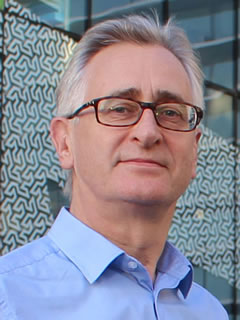 I am Professor of Optoelectronics in the Department of Electronics & Computer Science and Optoelectronics Research Centre (ORC) at the University of Southampton. I took a PhD in integrated optics from UCL and spent two years researching optical communications systems at the GEC Hirst Research Centre and two years studying sensing for control in dialysis procedures at St Bartholomew’s Hospital before joining Southampton University as lecturer in 1985.

I was a founding member of the ORC in 1989, establishing the Integrated Photonic Devices Group, where I continue to explore integrated photonics for optical communications, chemical and biological sensing, lasers and optical amplifiers. I was a founder of Mesophotonics Ltd, served as a member of the Royal Society Working Group on the Detection and Decontamination of Chemical Weapons and recently held a European Research Council Grant on integrated photonics for biomedical diagnostics. I am a Fellow of the IET and IoP.

The IEEE is the key international professional organisation for electronic engineers and I have aspired to Fellowship since I was an undergraduate. I am delighted to have been elevated to the grade of Fellow, particularly as this recognition comes from Photonics peers, and I look forward to the further collaborations and research opportunities that this will bring. 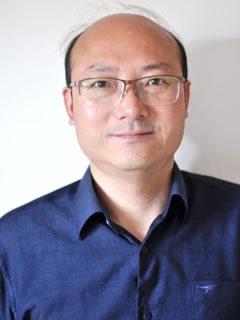 I am currently Professor in Autonomous Vehicles in the Department of Aeronautical and Automotive Engineering at Loughborough University, where I am the founder and the Head of the Autonomous Systems Laboratory.

I was a Lecturer and then Associate Professor with the Department of Automatic Control, Nanjing University of Aeronautics and Astronautics, Nanjing, China before moved to UK. After having held a research position and then a Lecturer in control engineering with the Centre for Systems and Control, University of Glasgow, I joined the Department of Aeronautical and Automotive Engineering, Loughborough University, in 2000.

My main research interests are in control and signal processing and their applications. My work is always between the interface of ICT (electrical, electronic or computer science) and mechanical engineering (including aerospace, automotive or robotics). Particularly, in the last decade, I have been working on unmanned aerial vehicles and their safe operation in civil airspace. I am a Chartered Engineer (CEng), a Fellow of the Institution of Mechanical Engineers, and a Fellow of the Institution of Engineering and Technology.

I have been a member of IEEE about 20 years. Currently I am involved in 5 societies including Control Systems, Industrial Electronics, Computational Intelligence, Robotics and Automation and System, Man and Cybernetics. IEEE Transactions are among the first choices when I consider publishing our results and searching references. I regularly anticipate IEEE Conferences and workshops locally and internationally.

Elevation to Fellow of IEEE is a very important recognition of professional accomplishment and something to which I have aspired since the beginning of my career. It represents an important milestone for my career. I hope it also inspires my colleagues and students to be more involved in IEEE and to becoming IEEE Fellows.

I am currently Chair of Mechanisms and Robotics at the Centre for Robotics Research, King’s College London and I am delighted to have been been elevated to Fellow status for my contribution to reconfigurable and metamorphic mechanisms in robotics. 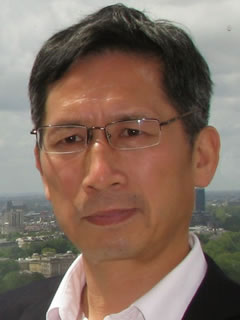 I have been a member of the IEEE since 1998 and have held various positions including Track Chair, Symposium Chair, Workshop Chair and Conference Chair. Having served as Associate Editor of IEEE Transactions on Robotics, I was awarded the IEEE Service Award and the T-RO Dedication Award. I am also an ASME Fellow and IMechE Fellow.

I established the field in which I have been recognised  from scratch, worldwide, in late 1990s and, in 2009, set up an IEEE prestigious conference series as the IEEE International Conference on Reconfigurable Mechanisms and Robots (ReMAR) which was held its fourth conference to be held in June 2018 in Delft.

I coined and advocated the idea of reconfigurable mechanisms as a promising concept to bridge the gap between versatile but expensive robots, and efficient but non-flexible machines. I have also carried out significant work in applying the reconfigurable robotics mechanisms to packaging, manufacturing, food manufacturing and healthcare in rehabilitation.

My work has resulted in 500 papers, 4 authored books, 3 edited books, and 13 book chapters, with Google h-index of 43, and i10 index of 153, and citation number over 7000. I have been invited to give 40 plenary/keynote speeches and invited talks at universities and conferences leading robotics and autonomous systems, and am currently the Subject Editor of Mechanism and Machine Theory, the Associate Editor of ASME Transactions, Journal of Mechanisms and Robotics, Journal of Mechanical Engineering Science.

I have supervised 25 PhD students who are now affiliated with world-leading universities, prestigious companies and successful entrepreneurs.

I am honoured to have received many other awards including 2010 Overall Supervisory Excellence Award by King’s College London, 2012 ASME Outstanding Service Award and 2012 Mechanisms Innovation Award, together with several conference and journal Best Paper awards.

I was very pleased to receive this Fellowship which is the highest grade in this world’s largest technical professional organisation that gives a world platform for accomplishing and disseminating my work on reconfigurable and metamorphic mechanisms in robotics.  It is a significant personal achievement for me.

Professor Jian Dai
See full list of 2018 elevations
Page load link
IEEE websites place cookies on your device to give you the best user experience. By using our websites, you agree to the placement of these cookies. To learn more, read our Privacy Policy. Accept and close
Go to Top