SMC Webinar | A History of Cybernetics

In this webinar, Richard Mitchell, Professor of Cybernetics, discusses the origins of the subject – including the first human-made cybernetic system in 250 BC, influences prior to the Macy Conferences which led to Norbert Wiener’s 1948 pioneering book, the conferences themselves, reasons for the name Cybernetics, some notable British Cyberneticists, and his fellow Professors of Cybernetics at the University of Reading. 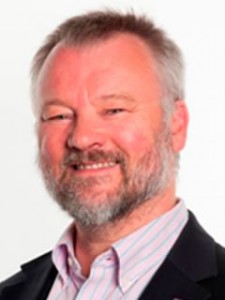 Richard Mitchell came to Reading in 1977 to read Cybernetics & Control Engineering, and he is still there 44 years later, the latest Professor of Cybernetics.

He worked on the famous ‘seven dwarves’ robots which features in the FutureLearn MOOC Begin Robotics, which will run again in January 2022.

His interests include control engineering, robotics, artificial intelligence, virtual reality and Gaia theory. He is the most recent past chair of the UK & Ireland section of the IEEE SMC chapter.