Electrical generation, transmission and distribution systems all over the world have entered a period of significant renewal and technological change and upgrade.

There have been phenomenal changes/deployments in technology of generation driven by the worldwide emphasis on energy from wind and solar as a sustainable solution to our energy need. Model based control design strategy is not as effective now in system operation. Faster estimation of system dynamics, phasor estimation, point of wave estimation are now very useful for time critical monitoring and control of a real-world power networks. The interconnected AC system becoming lighter and lighter because of replacement of centralised synchronous plants with non-synchronous ones. Fast frequency response provision is very vital for keeping the lights on. This is the most credible challenge in smart transmission grid operation today.

The reports from some of the recent power grid failures have exposed the inadequacy of control and protection of the network.

This talk will highlight the importance of dynamic estimation and control of power networks for their stable operation. It will discuss both centralised and decentralised options. The speaker will share his research experience in this topic. Future research challenges and opportunities will be highlighted. 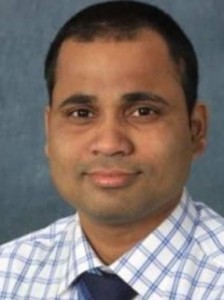 About the speaker: Bikash Pal is a Professor of Power Systems at Imperial College London (ICL). He is research active in power system stability, control, and estimation.

Prof Pal was the chief technical consultant for a panel of experts appointed by the UNFCCC CDM (United Nations Framework Convention on Climate Change Clean Development Mechanism). He has offered trainings in Chile, Qatar, UAE, Malaysia and India in power system protections, stability and control topics.

He has developed and validated a prize winning 68-bus power system model, which now forms a part of IEEE Benchmark Systems as a standard for researchers to validate their innovations in stability analysis and control design. He was the Editor-in-Chief of IEEE Transactions on Sustainable Energy (2012-2017) and Editor-in-Chief of IET Generation, Transmission and Distribution (2005-2012). He is Vice President, PES Publications (2019-). In 2016, his research team won the President’s outstanding research team award at Imperial College London (ICL).

He is Fellow of IEEE for his contribution to power system stability and control. He is an IEEE Distinguished Lecturer in Power distribution system estimation and control. He was). He has published about 100 papers in IEEE Transactions and IET journals and authored four books in power system modelling, dynamics, estimations and control. Two of his papers in power system stability and control topics have received annual best journal paper award. He was Otto Monsted Professor at Denmark Technical University (DTU) (2019) and Mercator Professor sponsored by German Research Foundation (DFG) at University of Duisburg-Essen in 2011. He worked as faculty at IIT Kanpur, India. He holds a Visiting Professorship at Tsinghua University, China.