The rapid development of wireless technology has greatly increased the applications of multibeam antenna technology. Usually antenna arrays or reflector antennas are the good candidates for multibeam design with complicated RF or digital systems. On the other hand, the classic lens can be used to generate multiple beams naturally by locating the feeds at different positions behind the lens to form a multibeam lens antenna.

Compared with reflector antennas, the usage of lens antenna avoids the blockage by feeds. Furthermore the all high-gain beams generated by a lens antenna share the same aperture while the multibeam antenna arrays occupy much large aperture with lossy feeding structures. Conventional lenses are fully constructed by bulky dielectric. The flat, lightweight and PCB-based metasurface lenses have been developed for multibeam antennas.

This talk will introduce the concepts of metasurfaces and the technology of metasurface-based lenses at microwave bands. It will describe the recent progress in the research and development of microwave metasurface lens antennas with designs examples. Last, some of the multibeam lens antennas developed published and applied in 5G wireless network by our group from National University of Singapore will be introduced. 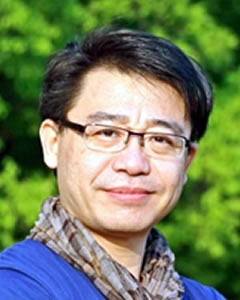 Zhi Ning Chen received his BEng, MEng, and PhD degrees all in Electrical Engineering from the Institute of Communications Engineering (ICE), China and his second PhD degree from the University of Tsukuba, Japan, respectively.

Dr Chen was elevated the Fellow of Academy of Engineering, Singapore in 2019 and a Fellow of the IEEE for the contribution to small and broadband antennas for wireless applications in 2007. He has served IEEE Council on RFID as a Vice President and a Distinguished Lecturer since 2015. He severed IEEE Transaction on Antennas and Propagation as an Associate Editor and IEEE Antennas and Propagation Society as a Distinguished Lecturer.

The webinar will be available via Zoom.