IEEE WIE in Engineering is an initiative with the goal to facilitate the recruitment and retention of women in technical disciplines globally. We envision a vibrant community of IEEE women and men collectively using their diverse talents to innovate for the benefit of humanity.

Early Career Talk aims to expose the participants to novel areas and aspects of engineering for solving real world problems. It also aims to establish a link for networking, mentorship and to create a connection for research opportunities.

One of the major issues affecting water utilities in both developing and developed countries is the considerable difference between the amount of water put into the distribution system and the amount of water billed to consumers (also called “non-revenue water” [NRW]). High levels of NRW reflect huge volumes of water being lost through leaks, not being invoiced to customers, or both. This issue not only seriously affects the financial viability of water utilities through lost revenues and increased operational costs, but the waste of resources resulting from high NRW levels in developing countries is considerable. While the reasons for reducing levels of NRW are compelling, why hasn’t this widespread and generally well-understood challenge been tackled and defeated? In this talk, I will unpack the underlying reasons. 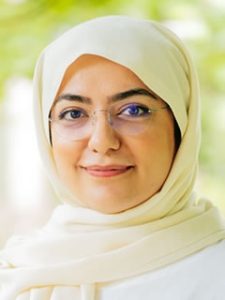 Atiyeh has recently joined the University of West London (UWL) as a module leader and lecturer in Civil Engineering. At UWL, she provides lectures on Fluid Mechanics, Hydraulics and Research Methods. She is also supervising a number of undergraduate and master level students on their dissertations.

Atiyeh is a trained civil engineer and urban planner. She completed her PhD in Civil Engineering from University College London (UCL). In her PhD, she focused on socio-technical decision-making for urban wastewater reuse in semi-arid and arid regions. Atiyeh also completed her Master’s degree at the Bartlett School at UCL in urban planning and design, focusing on the developing world. She obtained her Bachelors degree in Civil Engineering from Sharif University of Technology in Iran. She has also five years of experience working as a technical consultant with the water sector in Iran.

This research proposes a novel non-causal linear optimal control with adaptive sliding mode observer (NLOC+ASMO) scheme, which can effectively mitigate the control performance degradation caused by wave prediction errors. This advantage is achieved by embedding the following enabling techniques into the scheme: (i) an adaptive sliding mode observer (ASMO) to estimate current excitation force in real-time with explicitly formulated boundary of estimation error, (ii) an auto-regressive (AR)model to predict the incoming excitation force with explicitly formulated boundary of prediction error using a set of latest historical data of ASMO estimations from (i), and (iii) a compensator to compensate for both the estimation error and the prediction error of excitation force. 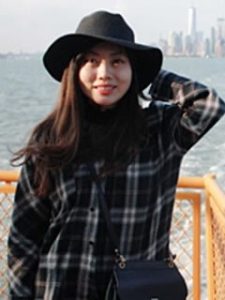 Yao Zhang obtained her Ph.D. from the Department of Control Science and Engineering, Harbin Institute of Technology, China.

Before joining Northumbria University in 2019, she was a postdoctoral researcher at Queen Mary University of London from 2018 to 2020. She is an Associate Editor of IET Generation, Transmission & Distribution (JCR Q2).

She is a member of IEEE and the local event coordinator in IEEE Control Systems Committee (the United Kingdom and Republic Ireland Chapter) and an IEEE WIE (Women in Engineering) Ambassador.

As the numbers of user equipment (UE) and wireless devices accessing the 5G network are increasing every day, the communication technology is expected to consume up to 51% of the global electricity by 2030. Innovative approaches are required to meet these tremendous challenges and to enhance the 5G network performance.

The Small Cell (SC) is a promising technology aiming to provide 5G services in an energy efficient manner to the users. Densely deploying these SCs in the 5G HetNets can effectively improve the coverage, especially in indoor and urban areas. Additionally, the SCs can significantly elevate the network throughput. Unfortunately, despite the huge merits of the densely deployed SCs in the 5G HetNets, multiple challenges arise such as the large power consumption of the SCs and the interference between them.

Switching the SCs to sleep mode is an auspicious solution to the power consumption and interference problems. The SCs are selected for on/off switching in our proposed scheme based on their Interference Contribution Rate (ICR) values to determine the SCs causing huge interference to the other SCs. The ICR of a SC is the ratio of the interference caused by the SC to the sum of the reference signal received power (RSRP) of every active UE in the SC. Moreover, Soft frequency reuse (SFR) was introduced as a solution to the interference problem in HetNets. In our proposed SFR scheme, each cell is split into centre zone and edge zone.

Each SC can utilise one of seven sub-bands in its edge zone that are not utilized by the edge zones of the neighbouring SCs, while its centre zone is allowed to utilize the rest of the sub-bands with lower transmission power minimizing the interference to the adjacent SCs and reducing the power consumption of the system.

So, the main objective of our work is to present a new SFR-based scheme utilizing the ICR concept for the SC switching to mitigate the interference and to improve the power efficiency in 5G HetNets. 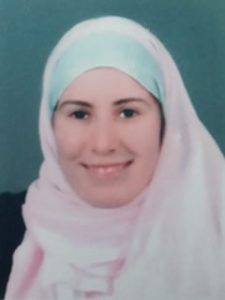 She is currently pursuing the Ph.D. degree in Electronics and Communications Engineering at Ain Shams University. 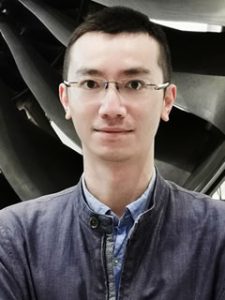 Dr Tianyi Zeng is a research fellow with the Rolls-Royce UTC in Manufacturing and On-wing Technology. He received his Ph.D. degree from the School of Automation, Beijing Institute of Technology, Beijing, China, in 2020.