Freezing in the dark – in Texas?!? That was supposed to be a risk that could happen someplace else, according to the old bumper stickers. But it happened, revealing both operational vulnerabilities and market outcomes that are being painfully assessed. As the multiple interconnected generation and system failures are better understood, who will pay to keep them from recurring the next time the Arctic sends down another unwelcome polar vortex? How solar and storage performed during the Texas Grid Crisis? Is prevention of the next “winter blunderland” a role for the market – or for the regulators? Join Jessica Bian to hear what will be a post-mortem analysis and assessment of alternatives. 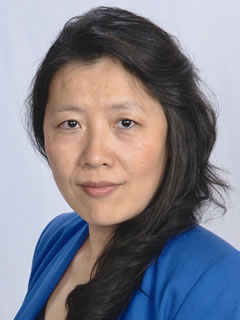 Dr Jessica Bian is the President-Elect of the IEEE Power & Energy Society (PES). She is a visionary leader and architect, has spearheaded electric industry’s reliability metrics and grid risk assessment. Currently she is the Vice President of Grid Services at Grid-X Partners. Before that, she was with the Federal Energy Regulatory Commission (FERC), Washington, DC. Previously, she was the Director of Performance Analysis at North American Electric Reliability Corporation (NERC) in Atlanta, Georgia. Under her leadership, a total of 18 industry-wide reliability indicators were established to determine grid reliability, adequacy, and associated risks. She is widely recognized as a pioneer and trusted world leader in the field.

Before joining NERC, Dr Bian was with PJM, ERCOT and Westinghouse Electric. She earned her Bachelor degree in Electrical Engineering from the Taiyuan University of Technology, China; Master of Science from the Electric Power Research Institute, Beijing, China; and Ph.D. from Tulane University, New Orleans, Louisiana, USA. She was the PES Secretary from 2016 to 2019.