This talk will review work on nanoaperture optical tweezers that can trap particles down to the single digit nanometer size, including proteins. It will describe how to measure the low frequency Raman modes of these particles (including proteins and DNA fragments) with high spectral resolution, as well as the THz dynamics of nanoparticles.  Recent developments in nanofabrication and some exciting biophysical problems will be described. 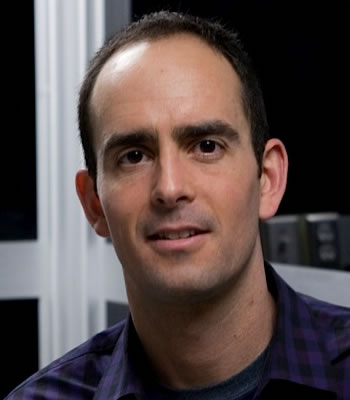 Reuven Gordon is a Professor in the Department of Electrical and Computer Engineering, University of Victoria (Canada). He has received a Canadian Advanced Technology Alliance Award (2001), an Accelerate BC Industry Impact Award (2007), an AGAUR Visiting Professor Fellowship (2009), the Canada Research Chair in Nanoplasmonics (2009-2019), the Craigdarroch Silver Medal for Research Excellence (2011), a Fulbright Fellowship (2016), an NSERC Discovery Accelerator (2017), the Faculty of Engineering Teaching Award (2017) and an JSPS Invitational Fellowship (2020).

He is a Fellow of the Optical Society of America (OSA), the Society for Photographic Instrumentation Engineers (SPIE) and the Institute for Electrical and Electronic Engineers (IEEE).

Dr Gordon is a Professional Engineer of BC and has been recognised as an “Outstanding Referee” by the American Physical Society. He has also served as conference chair for several conferences, including SPIE NanoScience Engineering and NFO 16. He is an Associate Editor for Optics Express and on the Editorial Advisory Board for Advanced Optical Materials