IEEE Life membership is evidence of a sustained commitment to the engineering profession. This is automatically bestowed upon an active IEEE member who:

Our Life Members’ Affinity Group (LMAG) was formed to organise activities of interest to all older members in the UK and Ireland Section, not just Life Members. We welcome the participation in our activities of retired members and those approaching retirement. The UK & Ireland Section LMAG is managed by a small committee that meets regularly throughout the year.There are more than 450 Life members in the Section, including 69 Life Fellows and 115 Life Seniors. There are 109 LMAGs in the 10 IEEE Regions, with 15 in Region 8, and over 35,000 Life members across the world.

The IEEE Life Member Committee (LMC) publishes four Newsletters; two printed versions and two electronic versions each year. The current and most recent issues can be viewed on the IEEE MGA website. Comments and questions about the newsletters should be sent to Charles Turner.

The UK & Ireland Section LMAG is managed by a small committee that meets regularly throughout the year and is currently chaired by Charles Turner.

Recently, the Committee has mainly been active in preparing nominations for IEEE Milestone plaques. These are awarded by the IEEE History Committee to commemorate significant advances in electro-technology that occurred at least 25 years ago. The nominations have to be supported by documents such as published journal papers, patents, etc. and are rigorously reviewed by expert groups before the award is approved.

The Section has so far been awarded 15 Milestones, the latest being to recognise the achievement of Active Shielding of Superconducting Magnets at the Eynsham, Oxford, facility of the Siemens Company. It is hoped that the unveiling ceremony for the Milestone plaque will be held later this year.

The Committee is currently investigating two topics for possible submission for Milestone recognition:

The EMI CAT Scanner proposal is currently being reviewed by the IEEE History Committee and, subject to approval, will be unveiled at the former EMI Electronics campus in Hayes Middlesex later this year.

Two proposals from Manchester University, involving the early developments in the computer industry have been submitted for approval. The first is for an early computer model known as the ‘Baby’ Ferranti machine, and the second is for the Atlas Computer and the Invention of Virtual Memory. The University has given permission for the placing of the plaques on the former Computer Science Building..

Each nomination involves a considerable amount of work, including the search for a meaningful location for the plaque. Unfortunately, many of the sites where the original work was carried out have been demolished or re-developed. The Committee welcomes inputs from members who had some connection with the projects listed above and who would like to contribute to the preparation of the nomination.

The Committee has also begun to investigate less elaborate and cheaper ways of recognising ‘first steps’ that were pre-cursors of emerging technologies; for example, posters and booklets could be produced for display in libraries, schools and other locations for the benefit of local communities and to preserve the industrial heritage of the UK and Ireland.

IEEE Life Members are involved in a wide variety of activities, including the History of Technology Conferences such as HISTELCON 2021, to be held in Moscow (Aug 18-20). supporting schools science and technology projects, providing technical updating for retired members, mentoring students and Young Professional members of IEEE, and supporting humanitarian technology projects around the world. The Committee can put any Life members interested in these activities in touch with the organisers.

The Lockdown has precluded the holding of all in-person meetings and has stimulated the provision of webinars using Zoom and other platforms. The LMAG Committee plans to organise a series of webinars intended mainly for IEEE Life members. The first webinar was held on November 25th 2020 and was given by Professor Kaspar Althoefer of Queen Mary, University of London on the subject of ‘Soft Robots Interacting with Humans and Other Fragile Objects’.

If you have any comments or suggestions about your experience as a Life Member, or would like to raise questions of general interest please contact the Committee Chair. In future space will be made available for members’ correspondence on any issues relating to IEEE Life membership 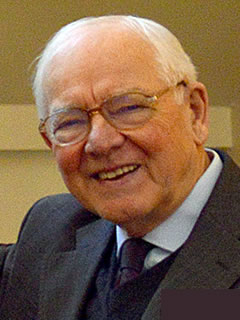 Read More
Previous23
Page load link
IEEE websites place cookies on your device to give you the best user experience. By using our websites, you agree to the placement of these cookies. To learn more, read our Privacy Policy. Accept and close
Go to Top